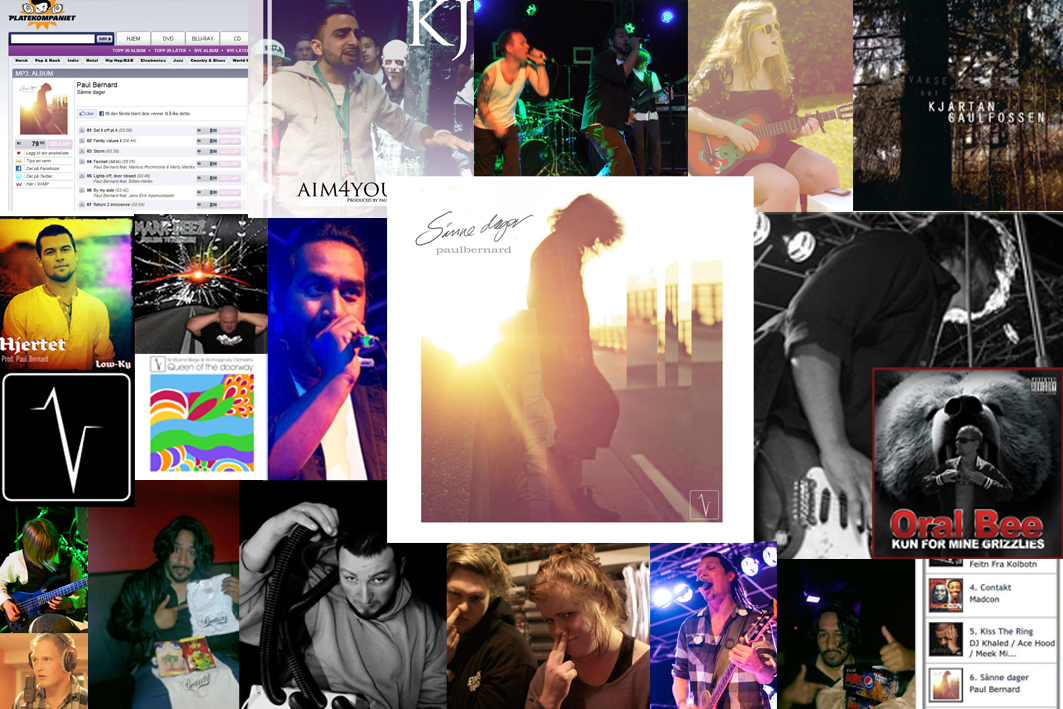 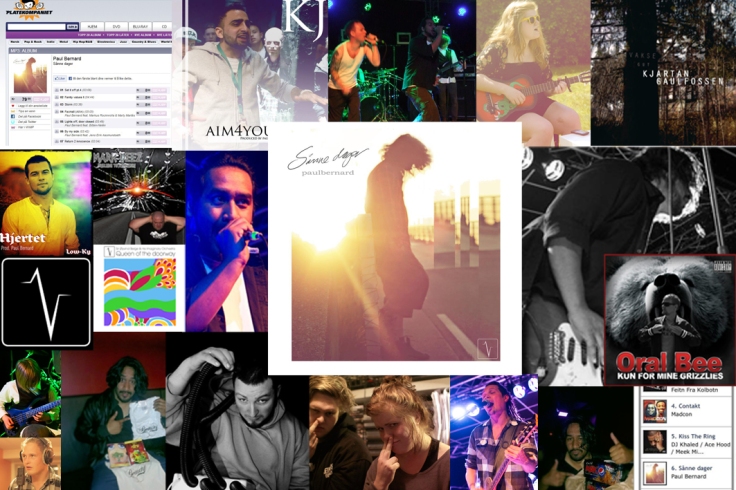 When I started to look back at the music year 2012, I thought to myself; I didnt really do anything this year…I have spent most of my time working and/or with my family – I had several periods that I didn’t do music at all, not even listened to music like I used to! But when I strated on my summary,  it seemed like there were a few more things than I remembered.  I know I often say that I don’t do anything, but it is true; most of what you hear from me is usually old stuff – take my album for example; almost everything was more or less completed in 2009, I haven’t WORKED with is as you would think I have.  Anywhatever…blahblahblah, here goes the summary of the music year of 2012:

This was Valiant Sounds’ second official release – and I got to play the COWBELL on this one!!

Oral Bee – Coke & Bacardi (November)
Oral Bee the artist you either love or you hate. I’m a lover, not a fighter, so I was honoured to contribute on his mixtape «Kun for mine grizzlies»

We did three Fat Fucks concerts this year, three years after the last one. In November we did our last in 2012. For those who don’t know about the Fat Fucks, it is my live band. Some members have been come and gone during the years though. This time we had, for the very first time, a bass guitar in the line up! The bass executed perfectly by Askjell of Glider’s Collider and Grandma’s Tea Party.  Some previously members are Stian Blipp and Sheila Simmenes aka She (of Love Exit Orchestra).  Like I said, this was the last concert in 2012, what the future brings is hard to predict. Btw, here is a a video clip from our performance (more may come).

Me and KJ go way back, so it was cool to do something new with him. It was also cool that he got the Norwegian hip hop legend el Axel to join on my beat!

Ulvestockfestivalen (August)
Ulvestock is the most wonderful mini festival arranged by Jens Erik of The Beauty in his parents garden! I played here in 2009 and was honoured to play this year together with The Fat Fucks!
Album party (August)

In August I celebrated my birthday with good friends. It was also a celebration of my album release of «Sånne dager».

Thanks to Addicting Minds, KNX, Delario, Low-Ky & Rubz, The Beauty/Jenaas and the rest of the Fat Fucks for the entertainment!

Los Tres is Eirik Minde, Alf Borge & Are Arntsen (all members of The Fat Fucks). They usually play more or less acoustic and do a lot of covers and really sets the mood for a night out. In August I was honoured to be their guest musician at their show and we did a lot of my songs in never-before-heard-or-may-never-hear-again-versions. There is a video…maybe you’ll see it some day.

“Sånne dager” album (August)
The 19th of August I released my album «Sånne dager». It is still available @ Spotify, Wimp, Amazon etc. Click on the title to buy/stream and/or read more about it here.

“Bror” (August)
I released this song when my cousin died. The song is originally from 2009, but the time felt right for this to be shed now.

In June I played – for the very first time – drums on a recording! Marty & The Frenemies is a Valiant Sounds band and will release new music very soon! Marty Martés contributed on several songs on my album, including the title track.

The birth of Valiant Sounds (June)

In June I founded my own label called Valiant Sounds! I have gathered creative and talented people/artists I know under this label to boost our creativity and so that we can help eachother in this big scary music industry.

“Afraid” ft.Bitten-Helén (May)
An old but previously unreleased song for the world to cherish 🙂
Roots concert (May)
Roots (not the band THE Roots) is a local choir. They had a theme concert where they performed music by Norwegian artists and they asked if they could do one of my songs! Eirik Minde arranged it for choir and I joined the performance. It is too bad that it happened just this one time, because I know you all would have loved this version!! 🙂
theCarni.com interview + “Depend” (April)
The website theCarni did an interview with me + had en exclusive release of my song «Depend (remix).
Low-Ky – «Hjertet» (April)

The local rapper Low-Ky released the song «Hjertet», produced by yours truly. Available at Spotify.

One of my most successful productions when it comes to listeners and likes. Kjarten Gaulfossen is a great Norwegian lyricist/poet, one of my absolute favourites.

The US rapper had this remix contest…I came in third.  Click on the title to listen to the top 3 remixes!

Hajoken ft.39 rappers (March)
Hajoken gathered 39 rappers on this song, myself included. You can click on the link to listen to the song or read more about it in this Kingsize.no article (in Norwegian)